Land took his team to the playoffs eight times during his tenure, and he won three region titles. His 2016 team went 13-1 making the semi-finals of the state playoffs. 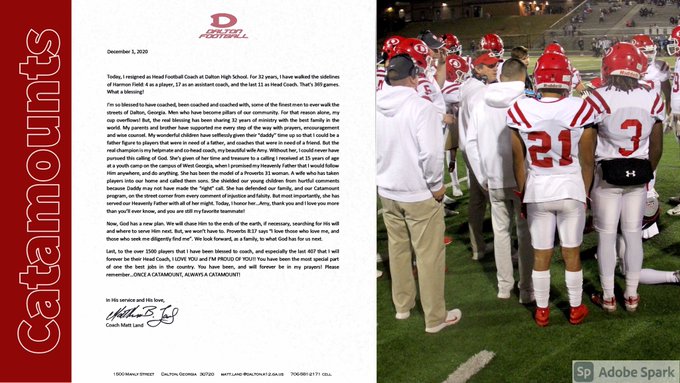